This is a topic I always wanted to write about but was afraid my explanation would end up very cumbersome. This is no longer the case as we now have a picture that worth a thousand words!

The picture describes how we develop kernel releases. It's bit more complicated than the linearity of version 1 -> version 2 -> version 3. The reason behind it is we are balancing between adding new features, fixing bugs, and rebasing to newer kernels, while trying to maintain stability for our users. This is our convoluted way of achieving all this: 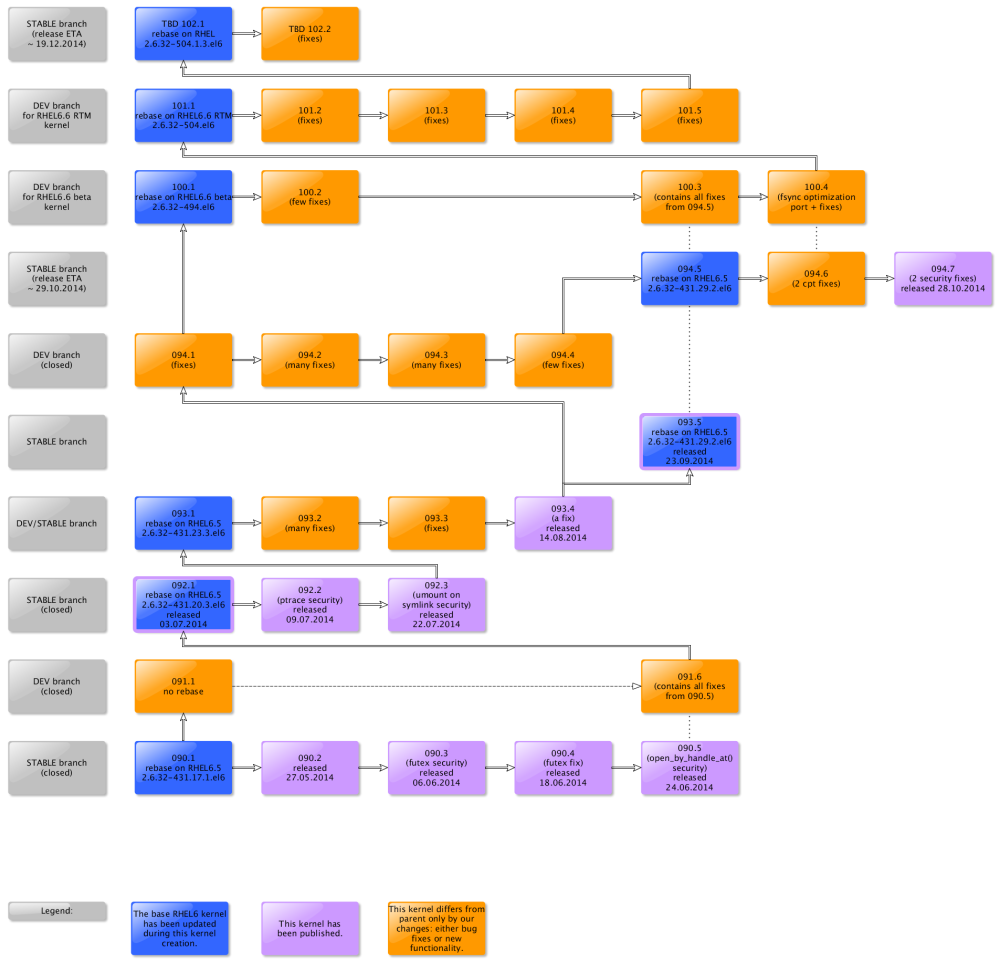 As you can see, we create a new branch when rebasing to a newer upstream (i.e. RHEL6) kernel, as regressions are quite common during a rebase. At the same time, we keep maintaining the older branch in which we add stability and security fixes. Sometimes we create a new branch to add some bold feature that takes a longer time to stabilize. Stability patches are then forward-ported to the new branch, which is either eventually becoming stable or obsoleted by yet another new one.

Of course there is a lot of work behind these curtains, including rigorous internal testing of new releases. In addition to that, we usually provide those kernels to our users (in rhel6-testing repo) so they could test new stuff before it hits production servers, and we can fix more bugs earlier (more on that here). If you are not taking part in this testing, well, it's never late to start!
Collapse